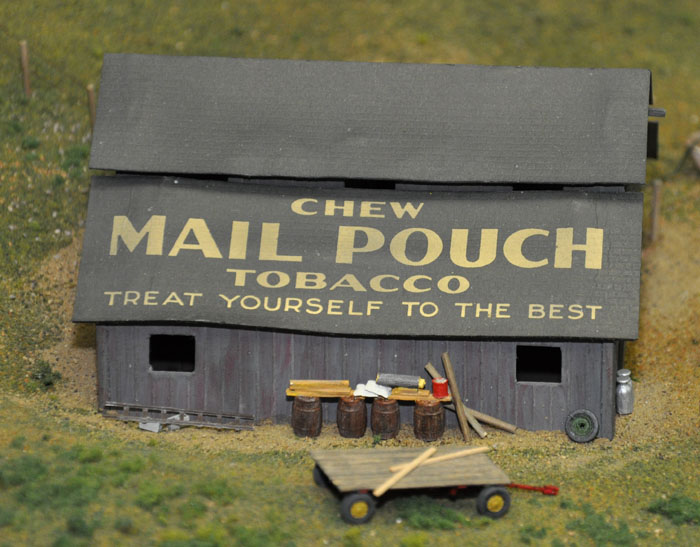 While I was laid up with an injury, I happened to come across an internet site for Model Railroad Open Houses in DE, MD, PA, NJ. I was really amazed at the number of layouts that were open to the public for viewing in October and November, 138 according to the website. The site is very well organized by date, owner name and address , times layouts are open and scale.  One of the names on the list caught my eye, Mr. Ken McCorry, as I had read about his very large Pennsylvania RR layout several times in the model railroad magazines and it was one of the featured layouts in Tony Koester’s book “Designing &Building Multideck Model Railroads” published by Kalmbach. While the layout was not traction related, I was interested in seeing how a multideck layout looks in person as I have considered this approach for my own layout. Ken’s layout also features some tremendous structures, a good deal of them urban, a favorite of mine and it also gave me the opportunity to see his custom 2 story barn built to house his model empire (I can always dream!) 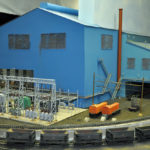 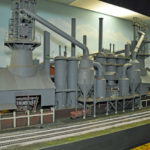 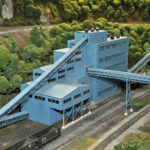 I planned a trip to Downingtown Pa.,an idellic town about 30 miles west of Philadelphia, not far from the famous Amish country of Pennsylvania,for a Sunday afternoon in November. In addition to Ken’s railroad, the traction layout of Bob Dietrich of the East Penn Traction Club and the Western Maryland layout of Paul Backenstose were in the area and open for viewing. After bribing the Mrs. with the promise of one of those great home cooked Amish dinners (the only way I can get her to look at model trains),  we arrived at Ken’s picturesque farm and his 2 story “barn”.  The ground floor contains 3 garage bays with workshops and a large crew lounge and a staircase up to the second floor that houses the layout. I was not prepared for what we were about to see, but as I stared in disbelief, I saw the Mrs.’ jaw drop. That says it all.

Over the years I have visited some of the best known model railroads including The Model Railroad Club in Union, NJ, the New York Society of Model Engineers, and the famous NEB&W at RPI and I can honestly say that Ken’s layout brings model railroading to a completely new level. The combination of size, scenery, setting and scope of the layout is beyond impressive. We arrived at the beginning of the open house and met the gracious host who had several of his operating crew running trains via wireless throttles, walking with their consists. There were not many visitors yet , so we were able to get great up close views of  all there was to see and even as more people came in, the carpeted room was able to accommodate them easily. 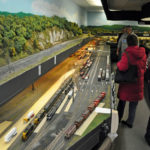 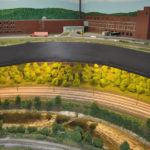 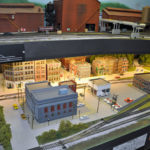 The layout must be 95 % finished as I only saw one or 2 areas where projects were being worked on, the rest being fully finished with tree covered mountains, ballasted track, functioning signals and some really huge structures- the steel mill looked like it was full size. One of my favorites was the electrical substation serving the mill- it would look great on a traction layout. The multi-deck concept is on full display here, some areas having 4 decks and the amount of mainline run that this allows is phenomenal. It seems like the entire PRR Buffalo line is represented without using selective compression. 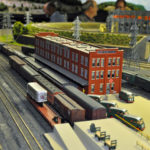 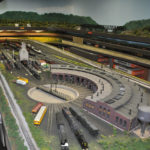 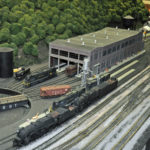 The problem with such overwhelming layouts is that the visiting time seems to pass very quickly and we wanted to attend some of the other open houses that were relatively close by. Reluctantly, we left to see the layout of Bob Dietrich, which was listed in the open house list as a traction layout.

As we entered the basement layout room, I immediately recognized one of the modules that I had photographed at the New York City Model Transit show several years ago. Bob’s layout consists of several of these traction modules connected to each other and in turn to benchwork attached to the basement walls. Bob is active in the East Penn Traction Club and if you go to their website, you can see a number of his trolley modeling articles. They are well worth reading because his cars run flawlessly; in the time we were there, I did not see one derailment. While the scenery is outstanding, the buildings on the layout really shine. The back leg of the layout contains a narrow gauge line that serves several warehouses and they are extremely well done. 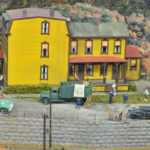 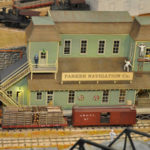 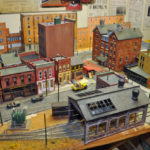 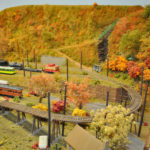 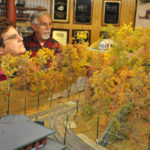 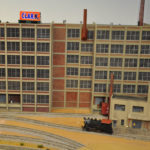 Time was of the essence so we ran over to the Western Maryland layout of Paul Backenstose. This is more of a traditional mainline model railroad with excellent scenery. What I found really exceptional is the design of the layout. There are 2 horseshoe shaped areas on the layout which you are able to walk into and you immediately notice that you are surrounded on 3 sides by scenery and with the sound equipped trains and mountain greenery, you really feel that you are a part of the scene. Again, another great idea for the layout.

Sadly, the afternoon went by too quickly and we headed to the Amish country on Route 30 for dinner. We discussed what a nice day we had and how our hosts were so gracious to open their layouts to the public. Go to www.modelrailroadopenhouse.com to find out where and when this year’s open houses will be when the site publishes the list at the end of the summer. You won’t be disappointed. 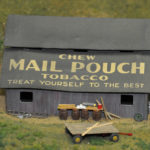 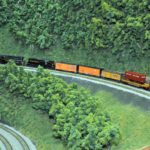